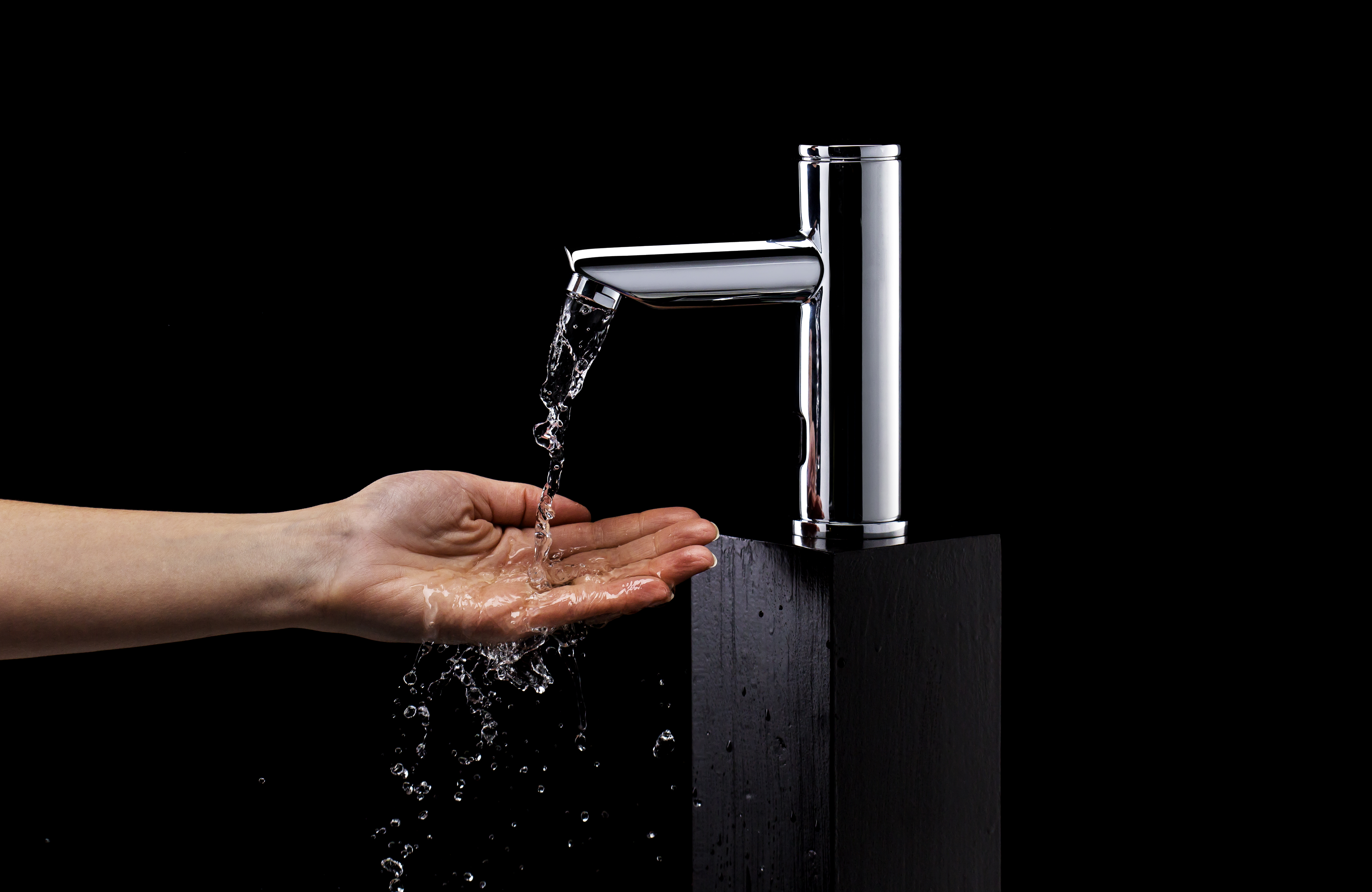 The Advantages of Sensor Taps

The Advantages of Sensor Taps

What is a Sensor Tap?

To understand the advantages of sensor taps it helps to know what they are. Sensor taps are automatic taps where the water flow is activated by the presence of hands in the hand washing area, thus removing the requirement for the user to manually turn on, and off,  the tap. In sensor tap operation the removal of the hands from the hand washing area turns off the flow of water.

The hygienic benefits of sensor taps are well known. Simply not requiring the user to touch levers to operate the taps is the reason for this. This is equally important in both bathroom and hospitality environments.

Within hospitality environments, particularly commercial kitchens the risk of cross-contamination between food types can be high without a dedicated hand-washing station – in fact it is mandated throughout Australia. Sensor taps provide the best solution in this situation. A sensor tap allows users to wash their hands without having to touch the levers of a regular tap, hence minimising the risk of cross-contamination when preparing food.

Similarly in bathrooms there is peace of mind for users knowing they are not exposed to contaminated tapware from previous users, or in fact by having to touch the same lever used before hand-washing. The fact that germs won’t be spread in this environment is a comfort to them and is a positive for any business or institution which uses sensor taps in their bathroom facilities.

Sensor taps have been proven to provide water savings compared with standard tapware. Generally, in public areas, where sensor taps are installed, the users are not placing a high priority on being careful with the amount of water they use. Sensor taps can equate to savings as high as 60%, depending on the type of tap being used.

With sensor taps there are several factors which ensure a more efficient use of water. Firstly, the water flow only occurs when the hands are directly in front of the sensor in the hand washing area. In situations where the user is soaping their hands, or washing their face for example, there is no water running, meaning significant water saving.

Secondly, at installation the water flow is set at a fixed level. Coupled with the generally low consumption flow regulators in the tap itself, the amount of water being used is restricted. With normal tapware the user spends a few seconds getting the water flow at the desired level, wasting water, as well as the users who just turn the tap on too high for regular hand washing.

There can also be water wastage by users trying to achieve a particular temperature when using normal tapware. Most sensor taps have the water temperature controlled prior to the outlet, so the control is removed from the user.

Finally, there is no chance for water to be dripping or for accidental flow to occur after use by not turning the tap levers off completely. When the hands leave the sensing area the solenoid completely closes preventing any wastage.

A not often discussed advantage of sensor taps is their accessibility to all users. This is particularly relevant when considering those with dexterity and mobility limitations. Users with limitations in movement are benefited by not having to reach and manually operate taps. The physical capability to perform perceived simple actions such as washing hands can be overlooked by many, but sensor taps remove much of the difficulty in performing these tasks for an important sector of the community.

Our range is now available in 3D. Take a virtual tour below:
Read more

To complement its bathroom renovations Autoflo Pillar sensor taps were chosen for their performance and reliability in a popular Perth nightclub.
Read more

Let There Be Light!

One of the key features in a few of the new tap models in the Autoflo range is the addition of subtle lighting features within the taps themselves.
Read more